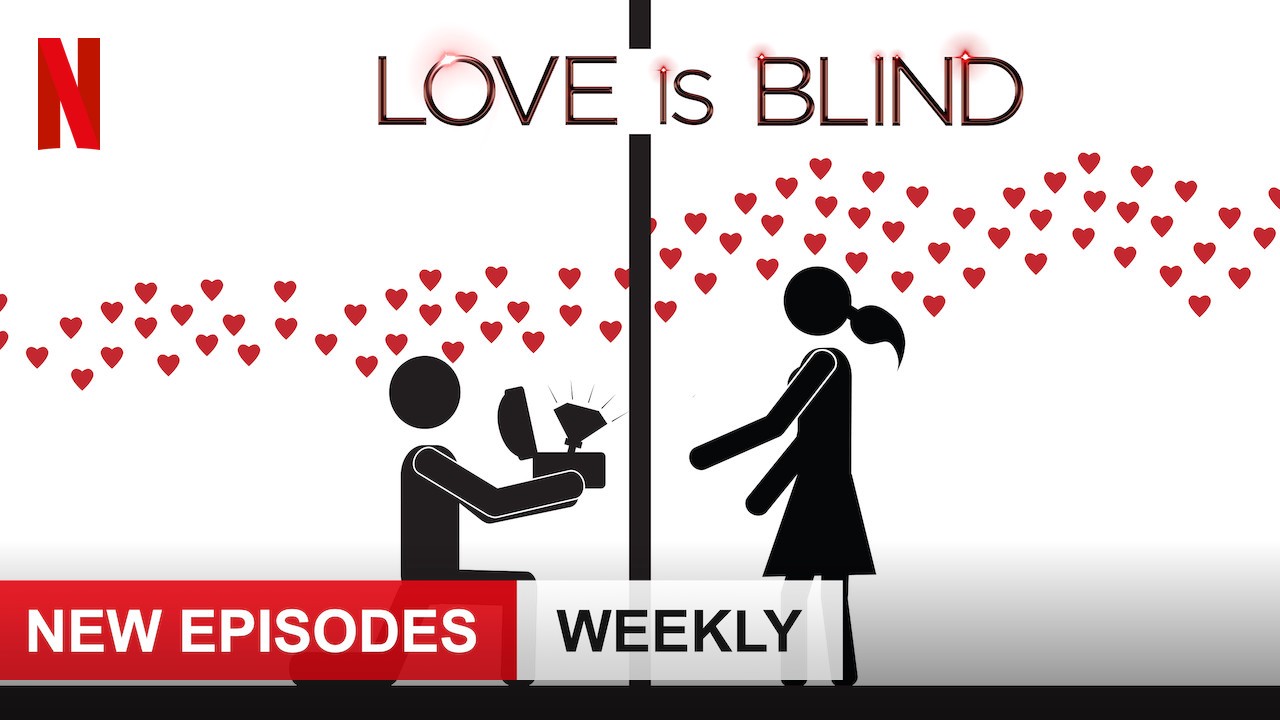 To catch up on the first 2 lessons, read here.

Lesson 3: Know your worth – and protect it

Loving yourself feeds into you appreciating and communicating your worth. Because mistreatment is inevitable when we don’t make our worth clear and set the relevant boundaries to protect it. A boundary is there to clarify what is you and yours and what isn’t. What you will and won’t allow.

I like to define good personal boundaries as “interpersonal rules of engagement that set the context of all my interactions with others, based on having taken my purpose, worth and needs into consideration first.”

In ‘Love is Blind’ if I were an advisor to Mark, I would have told him to fall back and cancel his engagement asap. Why?
Because Jessica obviously expressed to him how unsure she was of their relationship and blew hot or cold depending on the day or hour.

Especially when Jessica was lighting up before Barnett, but not really engaging much with Mark. There were so many red flags in her behaviour and words that we could see as viewers, he should have pulled the plug latest after their ‘engagement moon’.

Instead, he kept fighting for her which as a general character trait is definitely applaudable. But it went from being applaudable to being borderline self-neglect somewhere between the conversation they had when her and her dog were drinking from the same glass of wine and her telling him Barnett is sexy when we have only ever heard her referring to Mark as ‘cute’.

Mark’s words told us explicitly that he would continue fighting for Jessica and remind her of what they had before Barnett came into the picture. His behaviour implicitly showed us he was willing to be a loyal lap dog for the fickle-emotioned Jessica.
Sounds harsh right? But whenever we choose to be in a position where we beg for the attention of another without them ever having made a commitment to us and with no regard for our own worth or needs, we become human lap dogs.
And who wants to be a lap dog, feasting of the occasional chunks of affection thrown your way, when you could be an equal partner instead?

Someone who did protect their worth, although in my opinion expressed it much later than necessary, was Damian. He realised Giannina wasn’t being consistent and so didn’t want to take the risk of getting into a marriage, solely based on the high of the wedding day and her nice speech. Outside of the show they would have ideally had more time to figure out how they connected with each other the majority of the time and Giannina would have been able to walk the walk more, not just talk the talk.
I get where Damian was coming from, I just felt he didn’t have to wait to tell her no at the altar and embarrass her, if he already knew how he felt beforehand.

And that’s the thing about good boundaries. They are not supposed to be about being difficult. Their focus is on protecting the expression of your identity, worth and standards, without tearing someone else down in the process.
Just because you say “this is where I end”, doesn’t mean you have to hate on where someone else is at.
But I guess the concept of healthy boundaries can be lost to most in a time where many of us are not even allowed to fully own and take up appropriate space with our physical bodies, which are the smallest part of who we truly are.

Now you’ve got the Backstreet Boys song in your head, I’ll remind you of the truth of the lyrics then and now.
If you don’t know who you are or what you want, or if who you are and what you want has changed over time in your relationship, please take some time to figure it out asap, instead of playing with people’s hearts like it is food you got bored of.

Many people in this world still want a committed relationship, but if you don’t – that’s okay, just don’t play with the people who never signed up to the game.
Stop going around breaking people’s hearts, intentionally or unintentionally. It’s reckless and immature.

Having watched the final episode of ‘Love is Blind’, I’m furious at how many people chose to get to the altar, to then tell their ‘not so significant other’ that they actually don’t want to get married anymore. Of course, after Diamond and Carlton’s exit, maybe everyone else was forced by producers to stay the course until the wedding day and only then decide for the sake of drama, but in real life most of us should be able to make decisions before we get to the altar, or ideally even before we get engaged.

Why wait until the stakes are much higher and the emotions much deeper before you face what you really want and turn away from someone?
Jessica knew pretty soon after she met Mark that she wasn’t on it – let him go! Don’t drag him along for a ride you already knew was going to come to an abrupt end when it started. And then have the audacity to say at the altar you’re proud of both of you, but you don’t think either of you are ready for this step???!!!

The reason why this annoys me so much is because she too was excellent at projecting her own doubts about their 10 year age difference on to Mark by saying he isn’t ready. Yet, at 24, he was presenting as waaaaay more mature than her.
The issue was she didn’t want him anymore, because she wanted Barnett, who was also younger than her.
So there goes her argument of never wanting to date anyone younger than her.

Just because he switched positions, doesn’t mean the drama (triangle) is over…

Talking about Barnett – he started of by making promises to multiple women, including Jessica, which made them all fall for him. And in the end, he got his happily ever after with one of them while breaking the hearts of the others along the way. Of course with the structure of this show as well as in real life, sometimes people fall for the same person or one person for multiple people.

But if you are that person, stop making promises you know you can’t keep until you’ve found the one you want to make exclusive promises to. Those who want to commit don’t like being indefinitely kept as an option, especially if you have encouraged them to make you their priority.

Re-watching part of episode 1 (for research purposes of course 😏) Barnett mentions he is nervous about being himself and therefore getting his heart broken and breaking others hearts. But if you know that ‘being yourself’ often ends in heartbreak, wouldn’t you want to take time to figure out what part of you exactly contributes to that, instead of just ‘going for it’ and ending up with the same results? Don’t make your life that classic definition of madness: doing the same thing, expecting a different outcome.
Find yourself a counsellor who can help you unravel the toxic relational patterns you exhibit and replace them with healthy ones.

Although Barnett’s personal story arch seemingly ended well, there is a reason why many of us are holding our breaths for him and Amber.
Amber’s character requires a blog post all by herself 🤦🏾‍♀️…
For now, notice how Barnett switches from ‘Player/Perpetrator’ to ‘Rescuer’ around her? Just because he switched positions, doesn’t mean the drama (triangle) is over…

To start being a better lover of others, you first need to be a better lover of yourself. Because how can you consistently be loving and accepting of and honest with someone else, when you are lying to and disliking you?

None of us is or ever will be ‘perfect enough’ to start a serious, committed relationship, but we owe it to ourselves and others to be and stay as healthy and mature as we can be.
This is why coaching and counselling shouldn’t just be an option when things are going wrong, but to keep things going right.

If you are interested in exploring coaching or counselling, or want help answering any of the questions I’ve asked in both posts, feel free to contact me.

Here, and honoured to help,
Vanetta

Please log in again. The login page will open in a new tab. After logging in you can close it and return to this page.

This website uses cookies to improve your experience while you navigate through the website. Out of these cookies, the cookies that are categorized as necessary are stored on your browser as they are essential for the working of basic functionalities of the website. We also use third-party cookies that help us analyze and understand how you use this website. These cookies will be stored in your browser only with your consent. You also have the option to opt-out of these cookies. But opting out of some of these cookies may have an effect on your browsing experience.
Necessary Always Enabled
Necessary cookies are absolutely essential for the website to function properly. This category only includes cookies that ensures basic functionalities and security features of the website. These cookies do not store any personal information.
Non-necessary
Any cookies that may not be particularly necessary for the website to function and is used specifically to collect user personal data via analytics, ads, other embedded contents are termed as non-necessary cookies. It is mandatory to procure user consent prior to running these cookies on your website.
SAVE & ACCEPT
Share This